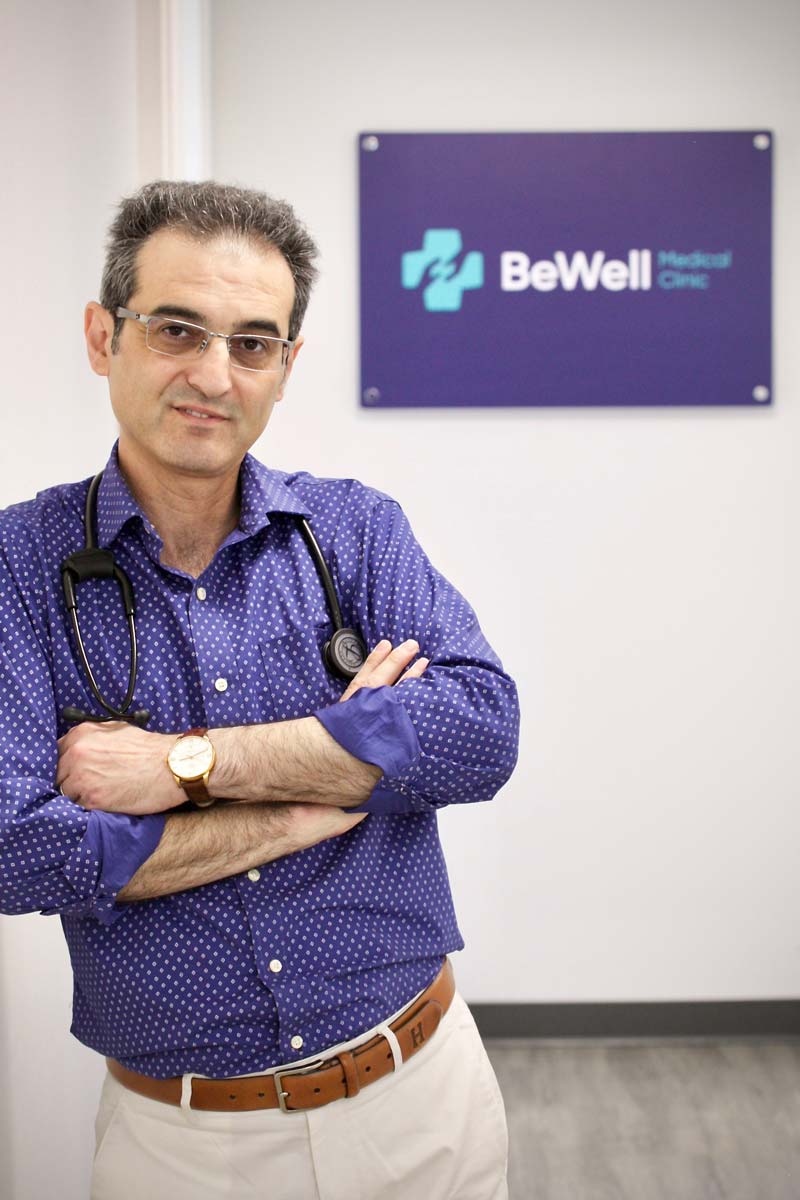 Dr. H. Tabassi graduated from medical school in Iran in 1994. After 13 years of working as a Family and ER doctor, he immigrated to Canada with his family in 2007. He was accepted in the Family Medicine program at St. Paul’s Hospital in 2013 and became a licensed Family doctor in Canada in 2015.

He is a member of the Faculty of Medicine in University of British Colombia and has been involved in teaching students and residents since 2015.

In his spare time, he enjoys hiking , watching movies and traveling to different places, with his family.

MD, CCFP, with over 16 years of experience.

Monday - Friday: 9AM - 5PM
Saturday: Day Off
Sunday: Day Off
Book an Appointment
Dr. Amini has put me at ease and showed me I will be in good hands. He is compassionate and knowledgeable. I would recommend him to anybody. - J.D of North Vancouver

BeWell Medical Clinic is a brand new, state of the art facility in North Vancouver. The Clinic is open Monday-Friday from 9AM – 5PM.